Berry juice processing by-products could reduce the risk of cancer

Group of scientists at Kaunas University of Technology (KTU), Lithuania are investigating the possibilities of using berry pomace – a by-product of berry juice production – to increase the safety of meat products and, probably, to mitigate their negative effects on human health. According to the hypothesis raised by the scientists, phytochemicals, i.e. the biologically active natural compounds found in berries, might mitigate the negative impact of additives used in meat products as well as naturally forming hazardous compounds during their processing, thus lowering the risk of cancer.

According to World Health Organization, consuming 50 g of processed meat a day (equivalent of two slices of bacon) increases the chance of developing colorectal cancer by 18%. WHO’s International Agency for Research on Cancer classifies processed meat in the same category as tobacco smoking and asbestos (Group 1, carcinogenic to humans). Processed meat refers to meat that has been transformed through salting, curing, fermentation, smoking, or other processes to enhance flavour or to improve preservation. 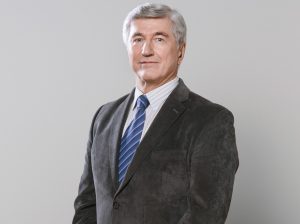 “Nitrites and nitrates, used in meat products for increasing its taste and shelf-life, in the process of digestion can become carcinogenic nitrosoamines. Another type of carcinogenic substances form when meat is heated at very high temperature”, says Professor Rimantas Venskutonis, Chief Researcher at Food Science and Technology Department, KTU, Lithuania.

Research group lead by Prof Venskutonis are investigating the properties of phytochemicals derived from berry pomace in order to obtain preliminary information if their usage might be considered for counteracting the damaging effects of hazardous compounds in meat products. After several years of work on the subject, the scientists from different countries have collected great body of scientific evidence on the beneficial properties of bioactive ingredients found in berries – they are strong antioxidants, capable of subduing inflammatory processes in the organism, they can help diminish the risk of cardiovascular diseases and even destroy cancer cells.

“There is sufficient scientific evidence, both from our research and from that of our colleagues in other institutions, that some of the active substances found in berries could inhibit the process of carcinogenic substances formation in meat during heating. Moreover, once these substances are present in human organism, they can activate certain defence mechanisms, detoxification systems and in such a way they might reduce the risk associated with the consumption of processed meat”, says Prof Venskutonis.

The research project, which concentrates on the impact of berry-derived phytochemicals on meat products has two main goals. The first goal, according to Prof Venskutonis, is a technological one – to prove that substances, extracted from berry pomace can be used in meat products as natural additives. As some of them are strong antioxidants, have antimicrobial properties and other useful properties, these naturally active ingredients can be used for increasing shelf-life of meat products, and improving their colour and other quality characteristics. The second, and more complicated goal is to prove the actual benefits the phytochemicals have on human health. In order to step forward in this direction, the KTU researchers will collaborate with the Lithuanian University of Health Sciences.

At the moment, the first stage of the project, the bio-refining process during which bio-chemically active products from berry pomace are being recovered, is completed.

“We have scientific proof that berry-derived active substances can inhibit the growth of pathogenic bacteria and negative oxidation processes in meat products. Therefore, we can recommend using them instead of artificial additives in order to improve shelf-life and quality of meat products. However, in order to scientifically prove the potential health benefits of phytochemicals derived from berry pomace in diminishing the risk of cancer more research needs to be done. We will take the first step into this direction by undertaking the research with our colleagues from biomedical sciences and observing the impact phytochemicals have on cancer cells in vitro. This stage of the project will start shortly”, says Prof Venskutonis.

Prof Venskutonis emphasises that the research group is using green chemistry methods in the bio-refinery process, during which several types of products are extracted from berry pomace. First, lipophilic substances, or, simply, oil is extracted, then, using other solvents, polar substances containing most antioxidants are obtained, and finally, during enzyme assisted extraction dietary fibre-rich ingredients are being made. In the process only food and environmentally friendly solvents such as water and ethanol, and methods such as supercritical carbon dioxide extraction are being used.

“We are working with zero waste concept in mind – in our research we are using berry pomace which is a by-product of juice production usually discarded as waste. The bio-refining technology developed by us allows to process berry pomace without any losses: their seed oil is of high value because it is rich in vitamin E, polyunsaturated fatty acids and other valuable compounds, while the beneficial effects of natural antioxidants and dietary fibre on human health is proved by many studies. Many of these functional ingredients can be used in food, cosmetics and even pharmaceutic industry”, says Prof Venskutonis.

In the research the pomace of most locally growing berries are being used. Some of them, such as raspberries, blueberries, cranberries, black chokeberries are more common, and some, such as snowball tree berries – less widely consumed and therefore under-investigated.